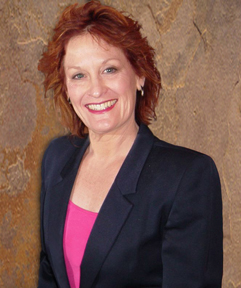 ABOUT DR. RITTERMAN.  For Michele Ritterman, Ph.D. each human being is a cross section of the species, uniquely influenced by nationality, religion, geography, employment, economics, family dynamics and self talk.  Lately therapists are wrongly taught to start with a “diagnosis” and a matching “designer drug” as if human dilemmae were based on personal defects or failings rather than the pan-global social inductions (Unconsciously received social messages that affect how we perceive ourselves and each other, such as systemic racism, or gender disparities) of madness that prevail.

(***Likewise, the Dalai Lama titled his new book, “The Universe in a Single Atom: The Convergence of Science and Spirituality”.  It’s not the parts that equal the whole, but the whole that determines the parts).

MOTHER OF THE INTEGRATION OF HYPNOSIS. Dr. Ritterman is recognized as the Mother of the integration of hypnosis and family therapy, in her classic text: Using Hypnosis in Family Therapy (1982). One of Milton Erickson ’s leading students, she originated the concept of the symptom as a trance state that is actually suggested by various people and social structures.  From this basic concept that Erickson himself admired, she framed therapy as the production of COUNTER-INDUCTIONS, hypnotic SEQUENCES that impact the symptom trance.  Diagnoses are rarely useful after induced symptoms have been treated.  Michele has trained thousands of psychotherapists around the globe in her approach to working with couples and families. — shared and separate-track trances — in family and couple interactions, and also the development of therapeutic counterinductions.

THERAPEUTIC PIONEER. Michele also pioneered the concept of the symptom as a gift and therapy as a mutually dignifying process of cooperative exchanges between therapist and client.  She calls this a woman’s spin on therapy, based on a non-hierarachical approach to every step of a systematic therapeutic sequence.

HER WORK & BOOKS. Dr. Ritterman is a prolific author whose work has been translated into several languages. Also a dedicated activist, she has served as a spokeperson for Amnesty International and other human rights organizations, and her book, Hope Under Siege,(1986), with a foreword by Isabel Allende, considers the applications of psychotherapeutic principles in the larger context of political and social reality. In Dr. Ritterman’s words, “Reciprocity is the highest form of love. And love has everything to do with healing.”

Her most recent book The Tao of a Woman (2009) is a tool to carry with us to move from the symptom trance to the healing stance.  Please visit the Video gallery of this website for a segment from a book party for Tao of a Woman.

Her book in progress: From Trance to Stance, is her latest understanding in a therapy of shifts, as occur in martial arts, instead of labels of people and visions of individuals as damaged as opposed to wonderful, unique works in progress, like Michelangelo’s Prigioneri series.  WE ARE ALL WORKS IN PROGRESS!  The goal of psychology is to help create a HUMAN FRIENDLY SOCIETY that caters to the bio-rhythms and other real and natural needs of the human organism.

DOWNLOAD HER WORK.  You may also download free some of her classic papers available in Publications like “Stopping The Clock”, “Torture: The Counter Therapy by the State”, and fun-to-read papers on Milton Erickson’s principles and other subjects basic to the symptom as a trance.

Michele is featured in Alex Vesely’s film about Milton Erickson, Wizard of the Desert.

Get access to website features such as the Mindbodyology Community Forum, Blogs, Telehealth Individual Counseling & Group Support and much more!